“Nevertheless, we will persist. I refuse to cancel a pitch meeting on account of that man.”
–Jacqueline Carlyle on #45 in Before Tequila Sunrise (a bottle episode with a very sentimental name)

I’ve been watching The Bold Type, getting in touch with youthful idealism and all that. I like all the girls, most of all Sutton. 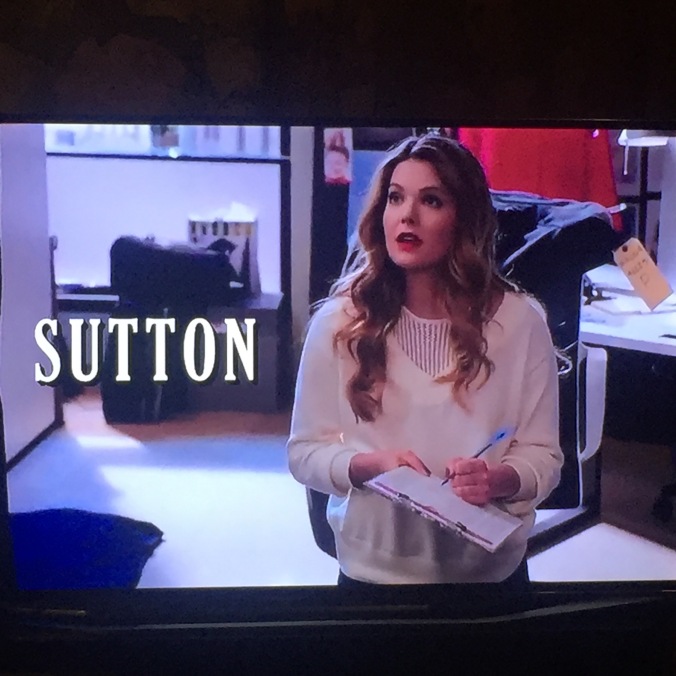 But the character that makes the show for me is Jacqueline: Melora Hardin, AKA Jan Levinson-Gould from The Office, songstress of the most cringe-worthy rendition of Son of a Preacher Man ever.

Jacqueline is decidedly not a devil in Prada. She really believes in her girls, and I learned a lot from watching how she lets them do their jobs. When Pinstripe recommends Jane imagine herself in Jacqueline’s chair, that was actually very good advice. Do you want the top job in your company? If not, then why are you there?

I did not know until Episode Nine that the show is based on the life of Cosmo editor-in-chief (not editor-at-large) Joanna Coles. But the Cosmo connection is fairly apparent, as is the Nora Ephron influence.

When Jacqueline takes the weights in the season finale and shares the story of her own rape, I cried. It happened over twenty years ago when she started her journalism career, right when she was about the age of the girls in The Bold Type. Did she think about reporting it?

“Not even for a second. That would have ended my career; or at the very least, defined it […] Me pushing you on this story was misdirected. It was not about you, it was about me.”

Which brings me to the heart of my love for Jacqueline, and probably the heart of The Bold Type, once Jane comes back around.

You have to believe in the publication. It’s the big sister you never had, or whatever. If they are not doing work you can support, not pushing you in the right direction, you have to separate yourself.

I left a freelancing gig a year ago because it became painfully clear I did not share the editor’s vision. She butchered one of my stories to the point that it alienated a source and made her regret trusting me with her story. That, I can not abide.

And thank God I got out, because this is the cover of that publication’s latest issue: Oh boy. Yes, that is an extremely beige photo shoot. As a formerly entrenched young professional in the community this publication claims to serve, I can confidently say this cover does not represent the diverse, youthful, and inclusive group of career-minded women I encountered every day. All this represents is a limited editorial vision. I’m glad I got out when I did. (There is also a glaring grammatical error: generation is singular. It should be “a new generation of leaders brings fresh ideas.”)

When you’re young and trying to make your name as a writer, you sometimes go along to get along. Once you get a bit older and wiser, you learn how to take a stand. If something doesn’t feel right, by all means get out. You don’t want this on your hands.