Gilmore Girls was never a great show. It was a good show, and I watched every episode, but it never cracked my Top Five, maybe not even the Top Ten. I was mainly excited about the reboot because it gave the creator a chance to end the story on her own terms.

The mythology around the show states that Amy Sherman-Palladino had always known the final four words that would be spoken in the series. She’d written the arc with that ending in mind. But contract negotiations fell through, so the seventh and final season went in a different direction. We saw Rory hopping on the campaign bus to cover the Obama candidacy, which seemed like a great ending in 2007 because HOPE. 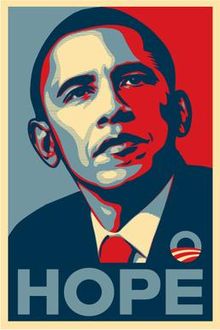 Fast forward nine years and we find Rory floundering. Vogue had a surprisingly wry take on this, and a couple of other sites have pointed out how the prodigal daughter is just too damn spoiled and pumped full of praise to really make anything of herself. I’ve always wondered why Rory’s hero was Christiane Amanpour when Rory rarely showed any interest in current events, politics, or global affairs. I secretly agreed with Headmaster Charleston when he grilled Rory about her ambitions:

Headmaster : Why do you wish to be Christiane Amanpour?

Rory : I don’t wish to be her, exactly. I just want to do what she does.

Rory : Travel, see the world up close, report on what’s really going on, and to be part of something big.

Headmaster : And to be a part of something big you have to be on TV? Why not lead the police on a high speed chase, it’s a quicker way to achieve this goal.

We used to get this sort of applicant when I worked at the newspaper; the blank slate English major who just wants to be a writer. Even in publishing, you get a lot of wannabe writers. Alexis Bledel plays a similar character in 2009’s Post Grad:

Ryden: Well, I guess what I’m getting at is that books are all I know…and everything I love, and…I want this job because…well, because I can’t imagine ever doing anything else.

Interviewer: Alright. Good. Thank you for coming in.

Say that in a job interview and be prepared for the eye rolls. It’s not about what the job can do for you and your career; it’s about what you bring to the job. The fact that she gets the job at the end of the movie is just more Rory Gilmore level entitlement–that, and the fact that she’s dating Matt Saracen. (Fun fact: I’ve always though Alexis Bledel looked like Macaulay Culkin in a brown wig.) 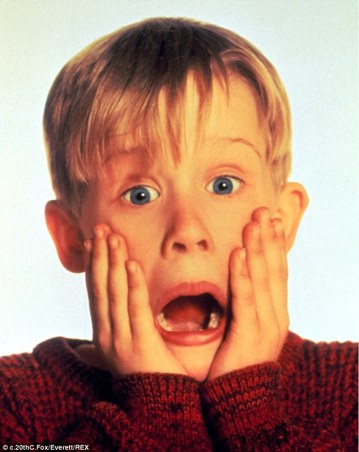 It’s frustrating because we all see ourselves in Rory. Every bookish girl can relate to that character. It’s why there’s a Rory Gilmore Reading Challenge. The thing is, though, not everyone had rich, connected grandparents to fund prep school tuition and provide introductions at Yale. And the amount of free shit she accepts from Logan? Sweetie, there’s a word for that. Countless people have asked how the fuck she can jet back and forth to London every other week when she doesn’t have a job. We’re supposed to be entertained by the juxtaposition of Stars Hollow and the rest of Rory’s world, but it’s only worthwhile if she escapes on her own merit. Like Lorelai.

And that scene where Rory is “on the beat” to write her story about people waiting in line? Blech. Almost as bad as the doubly derivative and anti-climatic Across the Universe “With a Little Help From My Friends” scene (I guess it’s easier/cheaper to get rights to a Beatles cover) which ends in a tango club with a close-up on Logan and Rory, WHO DON’T DANCE. Compared to these two, it was huge letdown:

Maybe the whole point of the show is that Lorelai worked real hard to raise a real cool daughter and the kid turned out to be a real shit head. I know people complain about not enough flawed-but-strong female characters, and I do think Lorelai and Rory helped move us forward on that front, but the show is just annoying. Always has been. They drop storylines and never pick them up. (Who left Emily that nasty letter? My money is on one of the maids.) The only people who are intrigued by THE LAST FOUR WORDS® are the dupes who think there are going to be more episodes.

I’d heard the term “the last four words” before, but only really started paying attention just before the Black Friday release of A Year in the Life. Somewhere I read that it was “the last four words spoken by a character,” and I assumed one character would say all four words. So I was confused and had to rewind the final scene, trying to squeeze an extra three words out of the contraction. But it turns out the final four words were actually split between mother and daughter:

What the absolute fuck. I’m glad I wasn’t a huge fan of the show because I might have rioted. People have noted that this ending was intended for the original show, when Rory was younger. (But what if it had been cancelled in the first season? Would Dean have knocked her up in high school? Is that why she had to have a rapid succession of boyfriends?) People think the last four words would have packed a different emotional punch if the seventh season hadn’t gone off the rails.

I’m not buying it. AS-P knew what ending she wanted and she worked backward to get us there. The entire four-episode arc of A Year in the Life is designed to get Rory back to a place where those words would hit the same way–she’s preparing to having a great life, when oh no, an unexpected pregnancy! There’s even a symmetry with the age of 32: Rory was 16 when the show started, which was the same age Lorelai was when she had her, and Lorelai was exactly twice as old as Rory at 32, and now Rory is 32 and pregnant. (Wait, I just realized no one had a birthday in the Year in the Life, not even Rory’s 4:03 AM wakeup call from Lorelai. Strange.)

Lorelai evokes the circle of life in two separate discussions with her mother. The first is during Winter when they are arguing about Richard’s funeral and Lorelai storms out the door but not before turning around and hissing “Full. Freaking. Circle.” which did not make any sense to me and I tried to find the context for that and it wouldn’t come to me so I gave up, which pretty much summarizes all of my experiences watching Gilmore Girls. The next instance makes more sense, in Fall, when Lorelai returns to her parents’ house to ask for money (can they not see how this would get tedious?) and Emily negotiates annual summer vacations and a Christmas holiday together. Because, as we all know, that’s where the show started, with Lorelai asking for money and Emily using it as a bargaining chip for Friday dinners. Nothing says independent woman like applying for a loan at the Bank of Mom and Dad.

When I sat down to watch the reboot, it had been years since I’d visited Stars Hollow (although I have since decided that Salado, Texas, is a real-life Stars Hollow). I didn’t even rewatch the original series in the days/weeks/months leading up to A Year in the Life, although I did stop halfway through to watch A Deep Fried Korean Thanksgiving because the holiday had reminded me and Melissa McCarthy really earns her paycheck in that one. (It’s like they let her off her leash and allowed her to improvise, because it’s truly funny. Not Gilmore Girls OMG-Kirk-is-so-quirky funny; legitimately funny. I’ve always thought Kirk was just someone’s school chum who’d been promised a role.)

It only took the first scene of 2016 to get me back into the groove, and Lorelai says something that made me think I knew what the last four words would be. Keep in mind, I still thought it would be one character saying a four-word sentence. But with the Year in the Life structure (Winter, Spring, Summer or Fall. All you have to do is call…) I thought it would be Lorelai asking Rory, “Do you smell snow?” Or, in light of the actual last four words, maybe Rory saying, “Mom, I smell snow.” Since the last episode was Fall, I thought Rory might finally inherit her mother’s magical ability to predict snowfall, and that would somehow signal that she had finally become a Gilmore woman. And honestly, I would have liked that ending better.

I hate this. I do. I read a book once in the sixth grade where a girl goes to live in space after we destroy Earth and everyone is only allowed to bring one possession and she chooses a blank journal, then the space-colonists decide they need a bunch of blank paper for some reason (I think they’d started bartering?) and they ask the girl to use her book but they can’t because it turns out it’s no longer blank and she has filled it with the story of the space-colonists WHICH TURNS OUT TO BE THE VERY BOOK YOU’RE READING. And I thought that was so clever…when I was eleven years old.

Would I hate it as much if the last four words hadn’t been hyped as the entire reason for the series? I don’t know. But I’m really grateful I’m not pregnant.